Along with the beginning of the Awakening in the Baltic States, the Popular Front of Estonia -Rahvarinne, the Popular Front of Latvia - Tautas Fronte, and the reform movement of Lithuania, Sajūdis, began trilateral cooperation to influence processes in the USSR, represent Baltic interests, solve common problems and reach common goals.

The Baltic cooperation and unity reached their culmination at the end of the 1980s and the beginning of the 1990s when the independence movements were acutely aware that the most important goals can be achieved only by close cooperation. Every significant decision and action were mutually harmonised. The heightened sense of regional unity, limited financial and human resources, international circumstances, external threats and pressure, as well as the opportunity to solve specific problems more effectively and reach long-term social and economic goals, were the fundamental factors determining close cooperation among the independence movements.

The Baltic independence movements actively organised regular meetings to discuss and analyse the domestic policy situation, harmonise the establishment and maintenance of contacts with international organisations and Western European countries and formulate a common Baltic position on important issues. The following goals were set to be reached in the near future:

1) Fight for the right of national self-determination and state sovereignty;

2) Restoration and strengthening of the independence of the Baltic States;

4) Economic protection of the Baltic States and the formation of a common Baltic market; 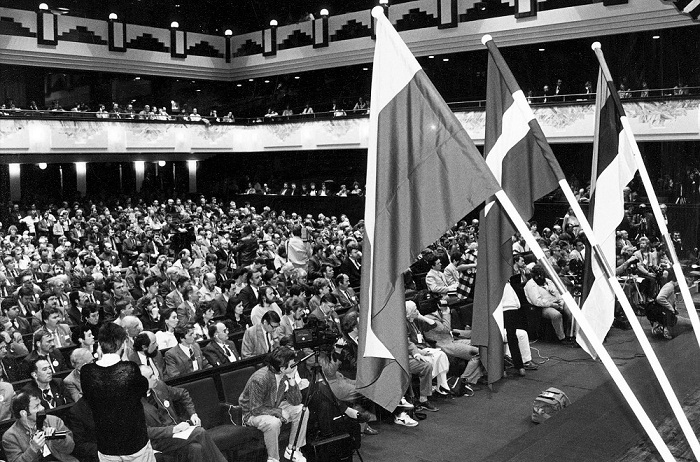 Meeting of the Baltic Independence movements in Tallinn, 13-14 May 1989

Declaration of Unanimity and Cooperation 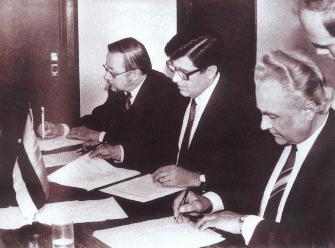 The signing of this Declaration restored the idea of the Baltic Entente and the Treaty of Good Understanding and Cooperation among Estonia, Latvia and Lithuania signed on 12 September 1934. The adopted Declaration provided for the establishment of the Baltic States’ Council to promote the renewal of statehood of Estonia, Latvia and Lithuania and to advance mutual cooperation.

A political event that was of paramount importance in attracting the attention of the international community to the aspirations of the Baltic nations to gain independence was the meeting in Vilnius on 1 December 1990, when deputies of the Estonian, Latvian and Lithuanian Supreme Councils came together for the first time. The Appeal to the Parliaments of the World, which was adopted at this meeting, asked them to use their influence and efforts in forcing the USSR to discontinue its policy of threats and its political, economic and military pressure in relation to the Baltic States; to agree on schedules for the withdrawal of Soviet military troops from the territories of the Baltic States while guaranteeing non-interference by these troops in the affairs of the Baltic States; to eliminate the obstacles preventing Latvia, Lithuania and Estonia from maintaining direct cross-border contact with the rest of the world. The Appeal also contained other significant demands. The independence movements of the Baltic States joined forces to achieve the restoration of independence of the Baltic States.

The cooperation of Estonia, Latvia and Lithuania in the late 1980s and early 1990s is characterised, on the one hand, by an explicit sense of emotional belonging to the Baltic region as evidenced by the Baltic Way of 23 August 1989, joint declarations and statements issued by officials of the Baltic States on Baltic cooperation and unity, and on the other hand, by a pragmatic approach in using regional cooperation because of the limited financial and human resources of Estonia, Latvia and Lithuania, as well as the lack of experience in international politics and in shaping a country’s foreign policy. 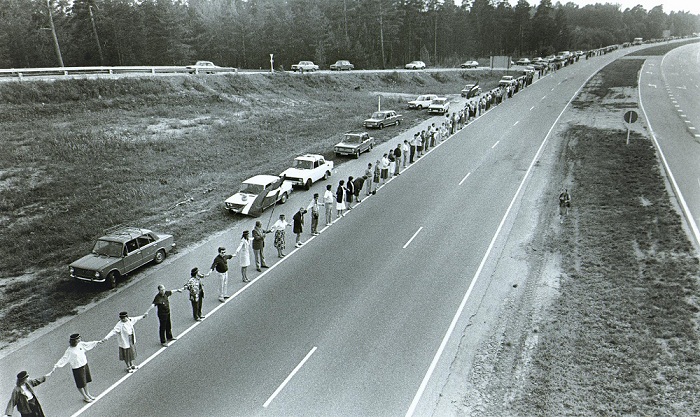 Following the Putsch in Moscow in August 1991 and the recognition of independence of the Baltic States on an international level, the issue of developing a Baltic cooperation model was included in the Baltic cooperation agenda. By adopting the experience and traditions of regional cooperation from the Nordic and Benelux countries, the Baltic Assembly was created on 8 November 1991 in Tallinn.