Opening of the Session

On 27-28 October 2022 in Riga (Latvia), parliamentarians, governmental representatives and experts of the Baltic States met for the 41st Session of the Baltic Assembly and the 28th Baltic Council to discuss current affairs and cooperation of the Baltic States in such areas as challenges in international security and defence, regional connections in energy, transport and infrastructure, support for Ukraine and promoting a strong and united Baltic society.
President of the Baltic Assembly Jānis Vucāns informed that the Baltic Assembly worked not only on the agenda but also adapted to the changing and alarming situation in Europe: “We took on the role of bridge between Ukraine and the countries of the Baltic Sea region, the Benelux, the Nordic and other European countries. We explained the situation, fought disinformation and tried to show the war launched by Russia as it is – unprovoked, cruel and a threat to democracy around the world. These negotiations were not always easy, but the ideas in our partner countries are now fundamentally different from what they were at the beginning of the war."
In the opening of the Session, the Speaker of the Parliament of Latvia Ināra Mūrniece said that the parliaments and governments of the Baltic States with their allies have been leading their way in formulating action plans against Russia, exercising diplomatic strengths to stop the aggressor and provide political, military and financial aid to Ukraine. President of the Riigikogu of the Republic of Estonia Jüri Ratas continued by noting that it is important to share the value of cooperation between the Baltic States in this turbulent world, as “strength lies in unity and it is our strongest power”. Speaker of the Seimas of the Republic of Lithuania Viktorija Čmilytė-Nielsen noted that this crisis has demonstrated the value and meaning of cooperation and being at the forefront of important initiatives.
Vice Speaker of the Verkhovna Rada of Ukraine Olena Kondratiuk also addressed the Session of the Baltic Assembly. She said that the determination, leadership, responsibility and courage of the Baltic States in making decisions in support of Ukraine inspires and is an example for other countries of the world to follow. "This is not just a Russian-Ukrainian war. Today in Ukraine, Russia is fighting against European values. And this means that any European country that shares them can become the next target for aggression. This means that only the victory of Ukraine and the complete restoration of our territorial integrity within internationally recognized borders is a real guarantee of security for the Baltic states, Poland, Moldova, and Georgia. A guarantee of peace and security throughout Europe."

Minister of Education and Science of Latvia Anita Muižniece noted that in the current geopolitical context, it is essential to provide opportunities for everyone to critically evaluate information and form their own opinion, so it is necessary to strengthen the role of media literacy in both national and international cooperation. She also informed that in the context of Ukrainian refugees, the Baltic States regularly share experiences on education issues and, in cooperation with Ukrainian counterparts, seek solutions to better identify minors Ukrainians who have chosen distance learning.
Vice Minister of Social Security and Labour of Lithuania Justina Jakštienė affirmed that we are strong and united, even after facing many crises together. She also highlighted that it is very important to continue efforts to maintain a high employment rate for Ukrainians and to encourage citizens to rent housing to Ukrainians to enable them to live independently.
Lastly, Advisor at the Ministry of the Interior of Estonia Annes Kalle informed that the Baltic States have the same history, restrictions, threats and similar challenges, meaning that security issues in one state influence us all. Therefore, coordinated and rehearsed support between the Baltic States helps to provide quick and skilful assistance if needed.
Chair of the Security and Defence Committee Atis Lejiņš concluded that the Baltic Assembly reacted very fast to Russia’s invasion of Ukraine. As there are many other situations when a swift reaction is vital, cooperation between the Baltic States must continue.

Minister of Economics of Latvia Ilze Indriksone informed that in today's reality, energy policy is a very important subject that must not be ignored. Thus, the Baltic Assembly offers an excellent opportunity to discuss current events and new approaches in energy policy planning, promoting mutually beneficial cooperation. Cross-border cooperation and positive relations between neighbouring countries are undoubtedly a cornerstone of modern energy policy in all its sectors.
Vice Minister of Energy of Lithuania Inga Žilienė also agreed that energy security is the priority. She also noted that there are major challenges that still lie ahead, but that there is no excuse for the Baltic States not to break the dependence on Russia as soon as technically possible. Solidarity, good cooperation and work to have a common energy market, safe and secure infrastructure, and independence from Russia are key.
Head of the Energy Department at the Ministry of Economic Affairs and Communications Jaanus Uiga informed that there are three key risks to focus on in the future: electricity, natural gas and liquid fuels. Overall, these turbulent times show that everyone has something they can do best alone, but no one can cover all risks by themselves. The decisions that the Baltic States will take at this turning point will ensure resiliency.
Chair of the Economics, Energy and Innovation Committee Reinis Znotiņš concluded that each of us has to understand how our country will build the energy systems, taking into consideration both possibilities and different solutions, as well as the limitations.

The participants of the Session were later introduced to the programme for Estonia’s Presidency of the Baltic Assembly for 2023. The motto of the Estonian Presidency in the Baltic Assembly will be “Security. Support. Sustainability”. The Estonian Presidency will focus on three priorities: 1) Safe and resilient Baltic States; 2) Baltic cooperation through unity, solidarity and support; 3) and sustainable development of the Baltic States.
Vice Chair of the Estonian Delegation Sven Sester stated: “We are taking over the presidency with a strong willingness to continue building a resilient, safe, reliable, and sustainable Baltic region, which is especially crucial during a time when there is an ongoing war in Europe and democratic values are under threat.”

Alongside the Session of the Baltic Assembly, the 28th Baltic Council, a cooperation platform for parliaments and governments, was held. Members of the Baltic Assembly jointly with representatives of the Baltic Council of Ministers evaluated the implementation of the joint priorities of 2022 and defined new objectives for cooperation for 2023.
During the Baltic Council, President of the Baltic Assembly Jānis Vucāns said that at a time when Russia is waging a vicious and unjustified war in Europe, it is strategically important for the Baltic States not only to provide mutual support and send a united message but also to provide all kinds of assistance to Ukraine, which is also fighting for the Baltic values. "The international community must hear and see that the Baltic States speak and act together as a whole. The time has come when our historical and daily experience is vital for Europe's security and stability. Ukraine and other countries of similar risk look to Europe! We need to maintain healthy anxiety and attention! Even if war has become the new reality in Europe, we cannot accept it as something "normal". We need to work with other European countries to stop the war in Ukraine as well as any further Russian aggression!", he stated.
Minister of Economics of Latvia Ilze Indriksone added that to ensure the highest possible energy independence, the Baltic States should continue to actively work on the realization of joint energy infrastructure projects, including the synchronization of electricity networks of the Baltic States with mainland Europe. Minister of Foreign Affairs of Estonia Urmas Reinsalu informed that Ukraine’s victory is the best guarantee of Baltic existence. 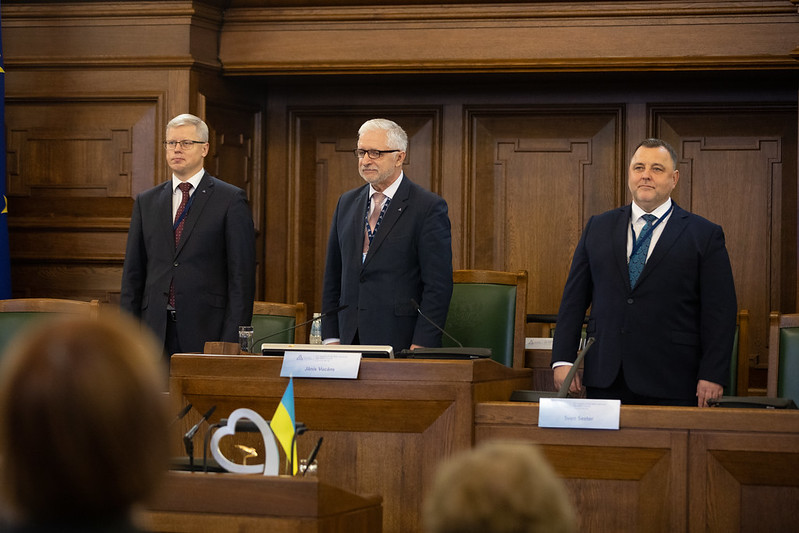 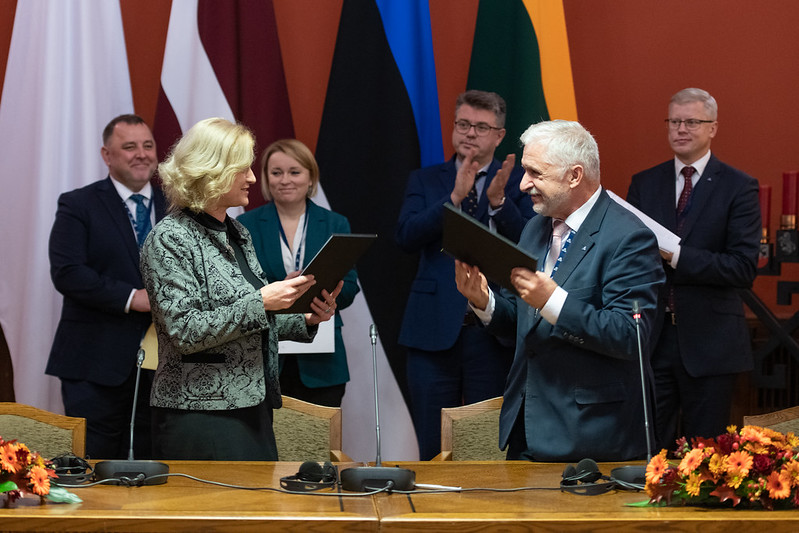 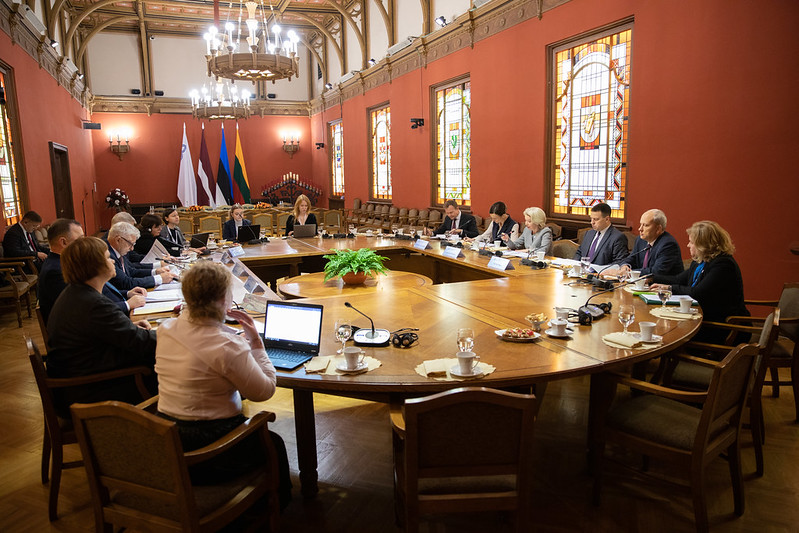 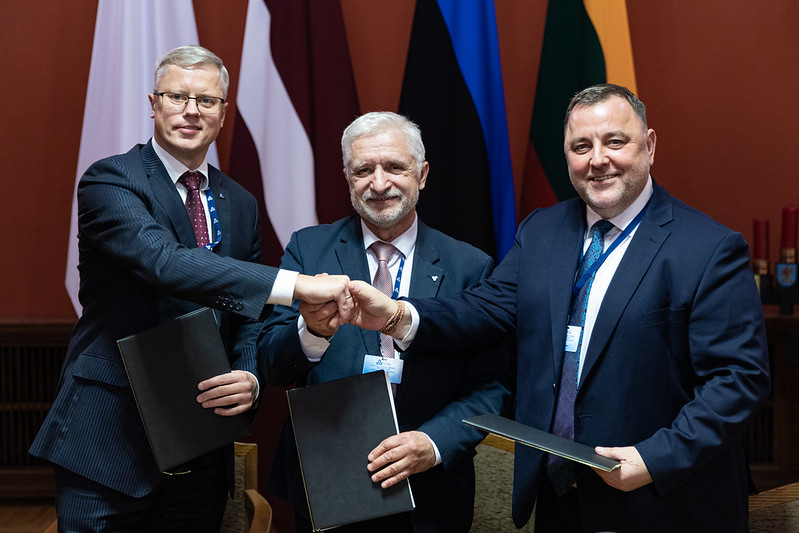 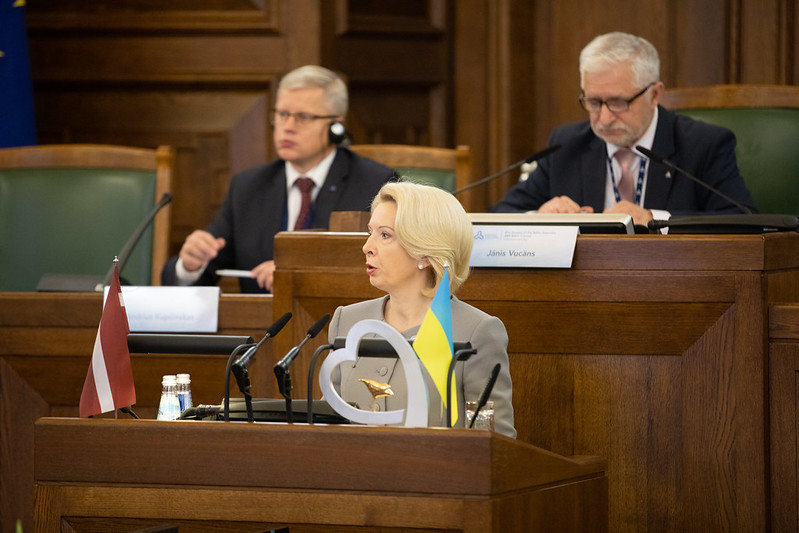 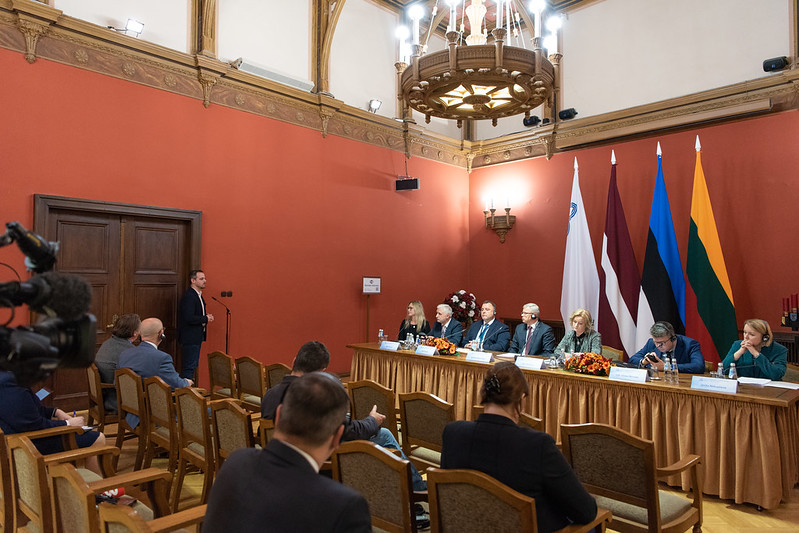