On 28 November 2022, the members of the Baltic Assembly participated in the digital 15th Session of the GUAM Parliamentary Assembly hosted by the Parliament of Moldova.

Vice Chair of the Security and Defence Committee Urve Tiidus addressed the participants by highlighting that the Baltic Assembly will continue to fulfil the role of bridge between the GUAM countries and the West. “Since 2009, when the Eastern Partnership was established, the Baltic Assembly’s duty and goal has been to be a bridge between the Eastern Partnership countries and the West. It will be our honour to continue to fulfil this role,” said Urve Tiidus.

She also addressed the Ukrainian delegation to the GUAM Parliamentary Assembly and on behalf of the Baltic Assembly expressed the deepest condolences to the families of the victims and the whole of Ukrainian society. Urve Tiidus said: “Sometimes it is hard to express in words how much we understand and feel your pain. Not so long ago our countries faced the Soviet occupation that undermined our freedom and democratic aspirations. Our experience shows that the determination and strength of the people are vital, but so is international support. The Baltic States continuously warned about the actions of the Russian Federation in 2008 and also in 2014. The international community did not listen enough and made serious mistakes that lead to the war we face today. For this reason, from day one the members of the Baltic Assembly have used everything in their power as parliamentarians to show solidarity with Ukraine. We are also working actively and tirelessly with our colleagues in the Baltic Sea, Nordic and Benelux countries to explain the real situation, fight disinformation and show the war launched by the Russian Federation for what it is - unprovoked, cruel and a threat to democracy around the world.”

Vice Chair of the Security and Defence Committee of the Baltic Assembly stated that Russia has spread death and destruction in Ukraine for almost a year, and the task of the countries is to keep Ukraine on the international and national agenda. “We have to continuously remind Europe that – the migration crisis, disruptions in global growth and inflation, blackouts in Ukraine and Moldova, and a missile that landed in Poland and killed - all this together with countless lives lost is caused by the actions of the Russian Federation. Only Ukraine’s victory and decisive actions after the war can prevent this from happening ever again,” said Urve Tiidus.

Chairman of the GUAM PA and the Head of the Moldovan Delegation Radu Marian opened the Session by highlighting that the GUAM continues to provide a great framework for fostering friendship and regional cooperation. He said that the 15th Session coincides with the war in Ukraine, which has been attacked by the unprovoked and illegal invasion of Russia that has unleashed the biggest conflict in Europe since the Second World War. Radu Marian said that nowadays energy security is also an area of major concern. Energy prices are increasing and the energy sources need to be diversified. The numerous attacks by Russia on the energy infrastructure of Ukraine are making the people struggle and bringing consequences also to Moldova as the country used to buy energy from Ukraine.

© Secretariat of the Baltic Assembly 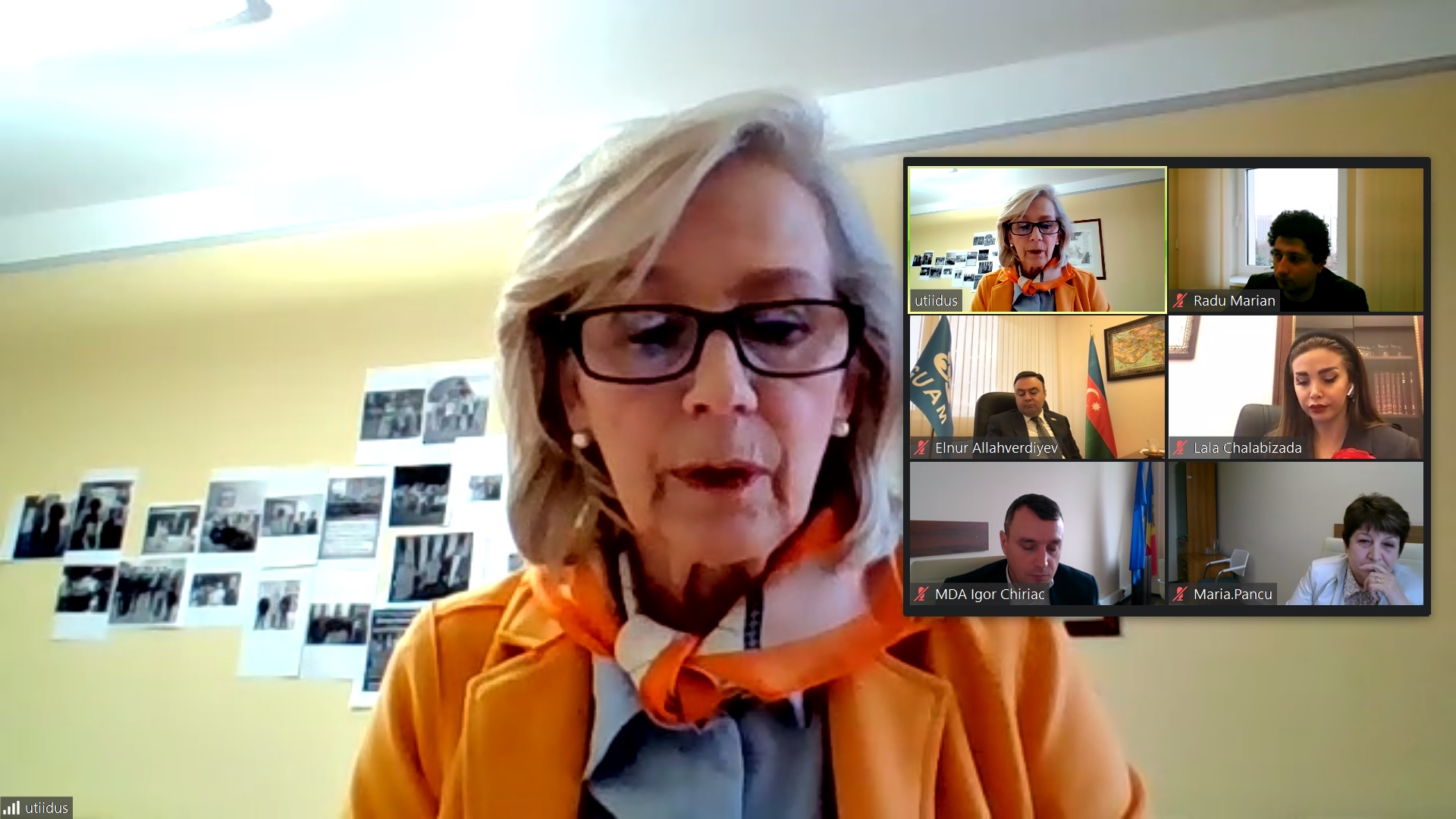