The importance of cooperation between the Baltic, Benelux and Nordic states highlighted in the Trilateral Conference

On 21 May 2021, the Trilateral Conference of the Baltic Assembly, Benelux Parliament and Nordic Council “Comprehensive Security and Defence Cooperation: Shifting Landscape and Joining Forces" was held.

Cooperation between the Baltic, Benelux and Nordic states

Speaker of the Parliament of the Republic of Lithuania Viktorija Čmilytė-Nielsen opened the conference by highlighting the importance of cooperation between the Baltic, Benelux and Nordic states. “We must do our utmost in security and defence to prevent any trend towards isolationism. Our firm belief is that NATO alliance is the main guarantor of peace and security in the Euro-Atlantic space. When developing common security and defence security, the EU can and must take greater responsibility in the area of security. This, however, must be done in coordination with NATO and by enhancing than rather duplicating the existing defence capabilities,” said Viktorija Čmilytė-Nielsen.

Close cooperation with the Benelux Parliament and Nordic Council

President of the Baltic Assembly Andrius Kupčinskas followed by highlighting the great value that the Baltic Assembly adds to close cooperation with the Benelux Parliament and Nordic Council: “One of our cooperation priorities with the Nordic Council is comprehensive foreign and security policy, including societal security and promotion of democratic values. With the Benelux Parliament, our cooperation priorities include security and defence cooperation and cooperation with the Eastern Partnership countries as well.” President said that the security landscape of Europe now has changed due to the challenges posed by COVID-19, Brexit and resurgent Russia that now is at the centre of many discussions in Europe.

During the first session, parliamentarians, experts and governmental representatives discussed perspectives on security and defence cooperation, including the impact of COVID-19 on the security landscape and the joint measures of the Baltic, Nordic and Benelux countries in security and defence. Chair of the Security and Defence Committee of the Baltic Assembly Giedrius Surplys  said that even though some treat the Baltic, Benelux and Nordic countries as small, the countries are  large, if work together.. “We are living in times when the security and defence landscape in our region and also in the world is changing; therefore, close cooperation between the Baltic states and our allies is of the essence.” The introductions were followed by a keynote speech by Prof Andris Sprūds, Director of the Latvian Institute of International Affairs, and an exchange of best practices between parliamentarians and governmental representatives.

During the second session, the topic of changing cybersecurity threat landscape, addressing the openness for cooperation and information sharing across borders, was discussed. Giedrius Surplys highlighted that  cyber threats are becoming more numerous and sophisticated year after year. “Cyber threats towards our countries and state actors vary hugely by type, scale and severity and are continually evolving; therefore, our countries should cooperate and shape the global debates.” Colonel Jaak Tarien, Director of the NATO’s Cooperative Cyber Defence Centre of Excellence, and Ignas Kalpokas, Associate Professor at Vytautas Magnus University and LCC International University, continued by giving keynote speeches on the topic and parliamentarians and governmental representatives followed with exchanging  best practices.

Giedrius Surplys concluded the conference by saying that it is important to put the issues discussed during the Trilateral Conference on the high-level politics, “into the heads and mouths of our political leaders” to ensure that by speaking about the issues cooperation between the Baltic, Benelux and Nordic countries would develop even further.

Photos of the Trilateral Conference 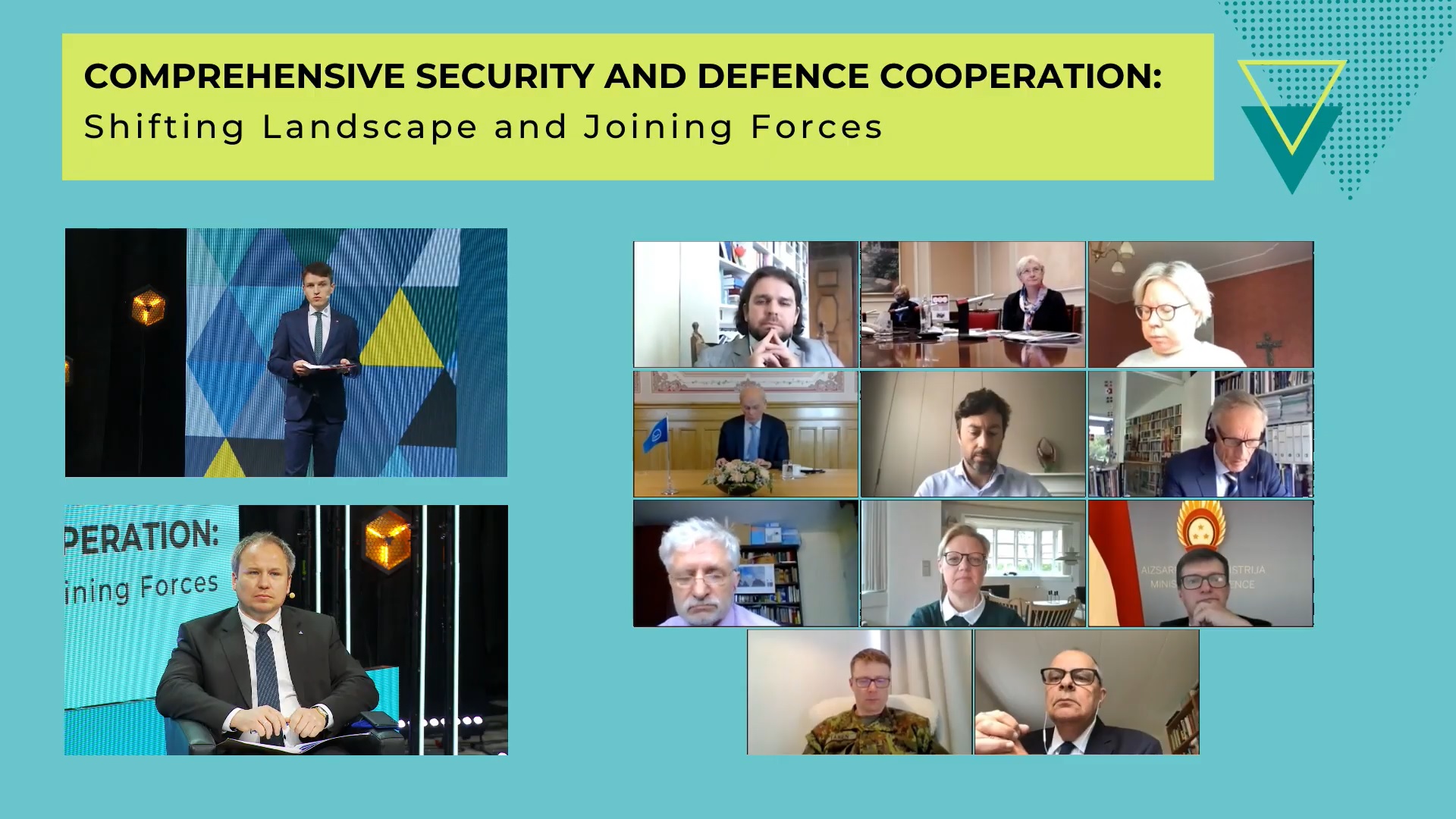 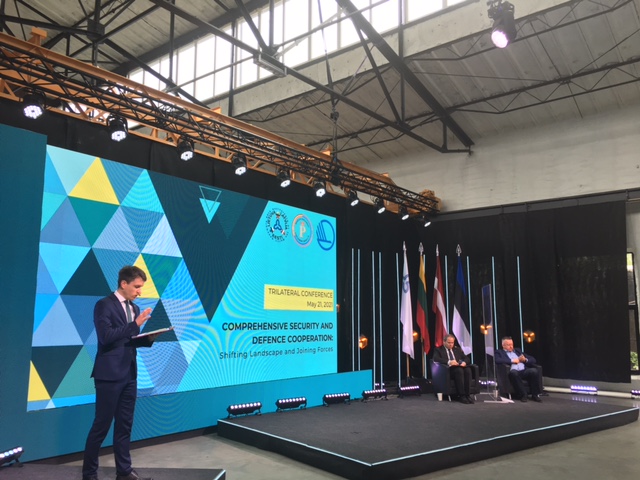 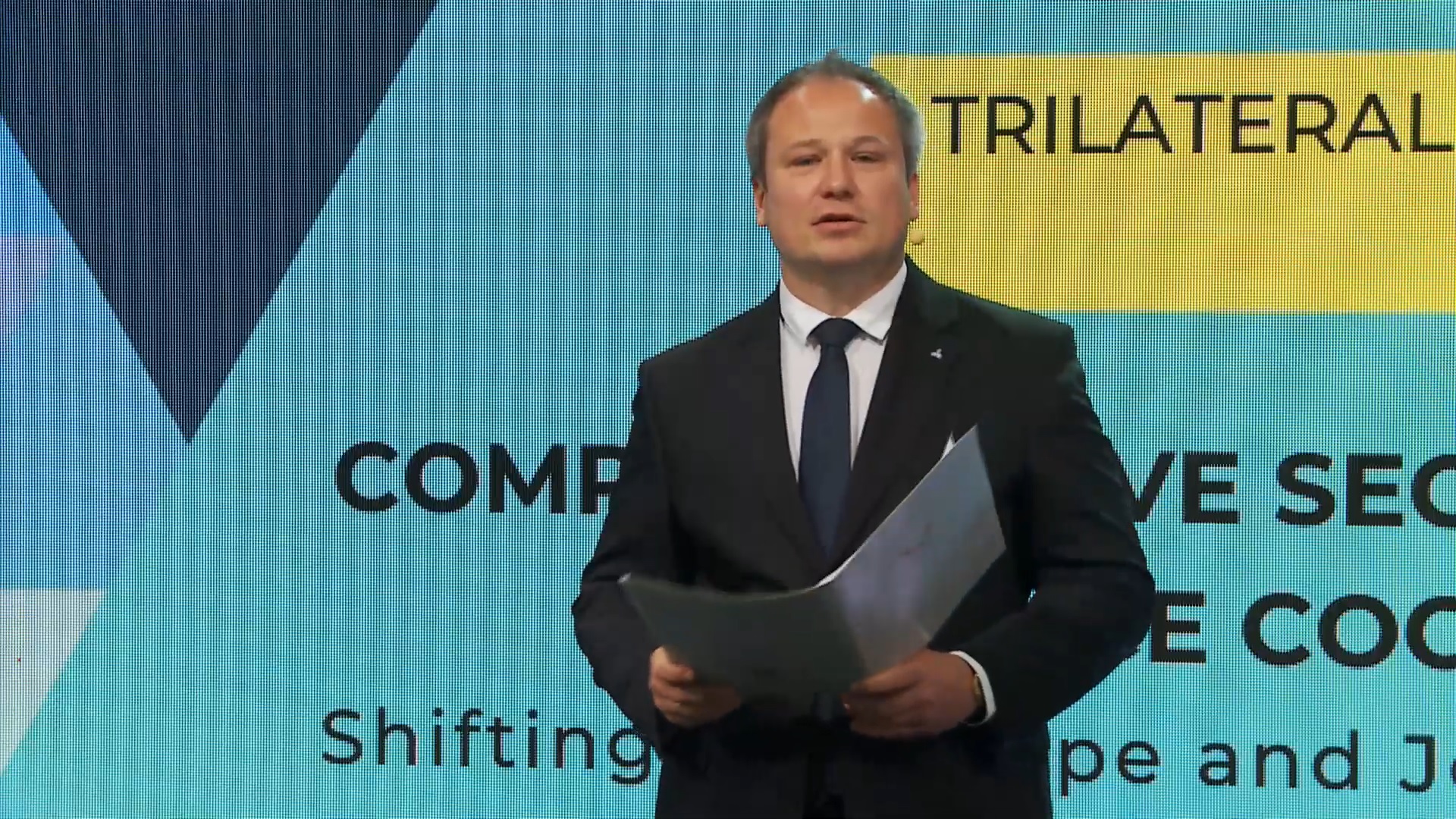